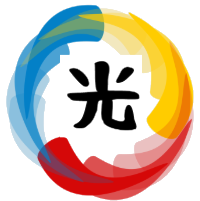 A thousand years ago three gods, known as the Warring Triad, descended upon the world and warred for dominance. During the War of the Magi the gods transformed humans and animals into creatures called espers, giving them magical powers. The gods realized the war was destroying the world and petrified themselves, their final wish being that the espers prevent their power from being abused. The espers took the gods' statues and fashioned a new dimension where they could live peacefully away from humans, and to hide away the gods.

In the present, the world has experienced a technological revolution while magic has faded into legend. To the south, the Gestahlian Empire led by Emperor Gestahl discovered the entrance to the Esper World and kidnapped several of the creatures. The Empire discovered a way to drain the espers of magical energy and imbue humans and machines with this power; this technology is known as Magitek. Overpowering the armies of other nations, the Gestahlian Empire conquered the southern continent and began to push into the north with the aim of world conquest.

Oh childhood trauma, how you hurt me so.
Final Fantasy VI (FFVI) is a VERY old game, with a release year of 1994. And yet somehow, the gameplay still manages to be so exciting and enjoyable to this day. This game follows the Final Fantasy tradition of a semi-turn based combat system, with each character having bars that fill up in real time and when the bar is filled, they take their turn. Similarly, enemies also have a bar, although it is invisible to the player. This might sound simple and boring on paper, but what makes the game so replayable and enjoyable is the sheer amount of customization that the game provides you. In total, there are 14(!) characters the player can choose from, with 4 at a time heading into combat. All of the characters have their own unique perks and flaws, which makes the gameplay so much more varied. You can go for the magical-based Celes, the offensive-heavy Cyan, or the thief Locke, amongst many others. With so many different types of characters to experiment and play around with, gameplay will never get stale. And with regards to the combat system, the fact that the bars fill up in real time cause a sense of dread to loom in the player. FFVI is not an easy game by any means, a player must be able to think quickly and act quicker to ensure their victory. As is a trend in old games, the navigation is non-linear; you can do so much in any order you want, thus allowing the player to have freedom of choice. The only thing that stops this game from getting a perfect score is the first 2 to 3 hours of the game, which are admittedly boring. But with over 40 hours of game time (or more, depending on which variation of the game you own), those moments are sure to fly fast and the good times will kick in in no time.

The story for Final Fantasy VI is simple and as old as time itself; bad guy wants to rule over the world, good guys want to stop the bad guy. That's what you're lead to believe, but what truly follows is a giant rollercoaster of emotions, ranging from triumph, failure, deception, heartbreak, love, redemption and so much more. Most of the 14 characters go through a significant amount of development (the ones that don't are easter egg-style characters) as the story progresses, and their personalities complement each other so well it's hard to believe that the developers could actually create such a perfect mixture of characters. They're ripe for customization too: Since there isn't any voice acting, ALL the characters can be renamed to whatever you want. And with no animations (look at the game), the story is told through words alone, and the words here truly are powerful. The biggest issue I can point out, though slightly minor, is censorship. Japan is much less strict on certain laws than most parts of the West, as such, certain scenes were omitted from the Western (basically all English) releases of the game, thus causing some parts of the storytelling to fall short or be confusing (did the spell Holy really have to be renamed Pearl). Still, I can count the number of these scenes on one hand, so the core storytelling is ultimately still there, and continues to be amazing.

Okay, I'm not pulling any punches here. This low rating is not because of the pixelated artstyle: The artstyle was actually considered a brand new step-up in the way of the design in Final Fantasy games, and probably looked amazing back in the day. I am in no position to judge those graphics. However, in late 2015, modern mobile devices as well as Steam grabbed hold of Final Fantasy VI. This obviously had the whole Final Fantasy fanbase talking, intrigued and excited (FFVI is considered one of the best in the series). What actually came was an abomination. All the characters looked like they were drawn on Microsoft Paint, the in-game models were butchered to the point where they were unrecognisable from the original, and the new combat layout is confusing, to put it nicely. In short, play the SNES version, or the Advance version on GameBoy Advance.

Alright, back to happiness and nice things. If you read the Final Fantasy X review, the name "Nobuo Uematsu" should be enough to drill into your head how amazing it is. Final Fantasy VI is a game with many layers, and Nobuo Uematsu successfully captured each of those layers exquisitely. The insanity of the villain (spoilers), the hope the main characters all have, the desperation in a situation, the blood pumping music of a powerful enemy, are all beautifully portrayed with the masterful craft of Nobuo Uematsu. Now, let's go on a journey. The song I provide you is "Terra's Theme", which is also the overworld theme for a sizable portion of the game.
Also, if you're so inclined, here's a modern, official remix if 16-bit songs aren't your thing.

Look, I'm not going to let my disappointment in a horrid port of the game make me like this game any less. The game is still amazing and a thrill to play. Even after completing the game, the emotions I felt in my first playthrough are still present today, which is shocking considering how many times I've actually replayed this game. If you don't mind the graphics of the game (considering its age), this is one of the best games to pick up and play. And if the game is too difficult, contact me.